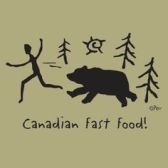 You’d have thought that moving to a completely different country and establishing the Canadian way of life would be difficult, but I’ve got to say in the overall scheme of things, that small accomplishment has been relatively simple compared to having to navigate ourselves through the use of incorrect terms for various items of produce.  Never more so – and with immensely disappointing consequences, than the Canadian use of the word, ‘chips’.  For the British amongst you, this is plain and simple.  Just the word itself, can invoke mouth-watering symptoms at the mere idea of a plate of ‘chips’ (particularly when accompanied by meat pie, mushy peas and gravy).  Over on this side of the continent, the term refers to ‘crisps’ and many has been the time when I’ve looked forward to a plate of ‘burger and chips’ or ‘fish and chips’ only to be bitterly dismayed when it has arrived accompanied by a portion of ‘crisps’.

I’m from the north of England, where there’s nothing more satisfying than a decent portion of ‘chips ‘n’ gravy’ – and soggy chips at that, nestled in a polystyrene oblong white tray complete with plastic fork that soak up all the deliciousness, drenched in a heart-attack inducing sprinkle of salt and vinegar.   Oh, we sure know how to live, us northerners …..  Nowadays, I have to consciously use the term ‘fries’ to make absolutely crystal clear my intent – but it just doesn’t have the same ring to it, asking for ‘burger and fries’ or ‘fish and fries’.  See – you’ve not even salivating at the idea either, are you?  First world problems, I know.

Now I know different areas of the UK have particular regional variances for what they choose to smother their ‘chips’ in.  In Canada, the closest equivalent is an extremely popular dish commonly referred to as ‘poutine’.  In this, they also cover their ‘fries’ with gravy, but instead of stopping there at minimalist perfection, continue to then add ‘cheese curds’ and sometimes, a sprinkle of bacon pieces too, just for good measure.  A good example of how keeping things simple and not over-complicating a dish could have been very rewarding.  It takes some getting used to – but needs must, when the devil drives …….

Stood in a supermarket earlier this week, I spotted 3 new varieties of ‘crisps’ – or ‘chips’ for the North American continent reading my blog, staring down at me from the shelves.  ‘Lays’ – a popular brand of crisps over on this side of the pond, and actually known as ‘Walkers’ in the UK, held a ‘World Favourites Contest’ earlier this year and invited Canadians to vote for their favourite flavours inspired by global influences.  Votes were counted and what I saw on the shelves earlier this week, were the 3 ‘winning’ flavours of chips now available.  Are you ready for this?

There you are.  The UK made it into the top 3 – who’d have thought.

If this wasn’t complicated enough, shopping in a supermarket, or better still, choosing a sandwich in a deli can be riddled with abject disaster.  I like to think I’m fairly open-minded when it comes to food and will try anything once, but even I can’t help staring in disbelief when the server behind the counter constructing my butty asks, ‘would I like sprouts?’ on the top.  Sprouts?  Even I drew the line at having some brussel sprouts placed on the top of my sandwich, but suffice to say, I needn’t have panicked, and ‘cress’ it actually meant ……. Other less unusual terms to translate have included, ‘rocket’ which is referred to as ‘arugula’, ‘aubergine’ which is ‘eggplant’, and ‘courgette’ which is ‘zucchini’.

Never let it be said that moving to another english speaking country didn’t require some degree of translation.    🙂