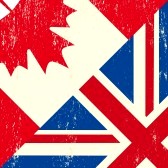 When I posted last week’s blog, WordPress commended me by saying, ‘congratulations on posting your 88th blog’.  Goodness me … who’d have thought I could manage to ilk 88 different blog topics on the theme of relocating to Canada over the period of 18 months.  To many, it’ll feel like 18 years and I know there are many inflicted with reading this on a weekly basis (mostly due to friendly loyalty, pure nosiness, or general boredom), who know me extremely well and will be shaking their heads in commiseration at my ability to come up with a never-ending stream of inane drivel and constant babble on such a regular basis.  This has never been a challenge for me.  Making it interesting, engaging and positively humorous – clearly is.

Life is never exciting all the time, but it’s the little nuggets of insight and humour that in a normal week filled with the usual routines and rigmarole make it interesting and amusing.  First up, was a conversation with a new swimming coach last Sunday.  My middle kid has changed swimming classes and upon discovering that we were ‘British’ and had an ‘accent’, the coach asked us with sheer excitement if we could say the words ‘Harry Potter’.  I’ve been asked to recite many things in my past – some, not appropriate for this blog, but the words, ‘Harry Potter’ were indeed a first.  Often in dire need of concocting a spell but always finding I’ve left my wand and cloak at home, I did ask her what on earth she wanted us to say these particular words for.  To which she replied, ‘when you say it, it sounds just like it does in the film’.  Who’d have thought.  The British.  Speaking British ….. it made me chuckle.

Next on the list of excitement was a trip around the local supermarket.  I’m a strong advocate for the ability to order online and obtain all your weekly shopping from one supermarket, on the day of your choice, within your chosen time-slot, and direct to your door – which is a feat clearly unknown on this side of the pond.  Not only that, I’ve concluded that Canadians have perfected the art of never being able to supply everything you need from just one store – when customers can have the delight of visiting at least 3 before you’ve sourced everything you need.  Such is the life that I’ve come to expect.  So, walking around one of the local supermarkets this week, I passed the freezers and remembered noting that there was an abundance of turkeys seemingly available that I hadn’t clocked in such quantities before.  Only upon settling my bill at the checkout, did the cashier remark that since I’d spent over a certain amount, I was eligible for this week’s special deal – ‘a $30, frozen 7kg turkey complete with giblets’.  Now there’s an offer you don’t get everyday …..

It did go through my mind that it was slightly early for Christmas, but given that Halloween items along with pumpkins the size of a small beagle have been readily available in the stores for the last month, I put it down to a high degree of preparedness on the part of our Canadian friends.  It was only after I’d wrestled said turkey into the kitchen freezer that I stumbled across a ‘flyer’ advertising ‘all your feastly requirements for a satisfying celebration’, that I suddenly realised it’s all in reference to ‘Thanksgiving’ on 12 October and not Christmas.  I’m still not used to this celebratory concept but at least it won’t need to be in my freezer for long.  I just need to research what is traditionally consumed along with it so we can endeavour to create an authentic Canadian thanksgiving meal.  I also think I’ll have to dig out recipes to make my inaugural attempt at a pumpkin pie.  Great British Bake Off?  Watch out the Canadian equivalent ….

Now talking of TV, there’s a plethora of channels over here which after nearly 12 months experience, I’ve concluded are composed of mostly commercials rather than content.  That said, I stumbled across a few variants of their British equivalents this week that made for interesting viewing.  ‘First Dates’ epitomises the concept of two nations separated by a common language.  Exactly the same in concept, the UK version I find much more light-hearted and jovial in nature, banter and sarcasm.  The Canadian version is like a job interview and had me expecting them to sign contracts of engagement (see what I’ve done there), before they leave the restaurant.  Now, on a completely different level is ‘House Hunters’.  The British equivalent is Phil & Kirsty with ‘Location, Location, Location’ – an old favourite of mine.  Unfortunately, it just can’t compete with the range of locations, types of accommodations, not to mention the couples, that the Canadian version serialises.  There’s even a programme called ‘Tiny Homes for Big Living’ which sees couples seriously downsizing into ‘houses’ (and this description is being kind) which are no bigger than a garden shed.  It’s compulsive viewing to say the least.  I’m left wondering where you’d put your husband ….

(Thanks to Google images for this week’s pics)

3 thoughts on “Two nations separated by a common language ….”