As part of my prep for moving to Canada, I was reading about the different seasons experienced during each year. Canada has 4 distinct seasons – spring, summer, autumn and winter. We’re moving to Calgary where I’m informed the weather is quite unusual compared to the weather for the rest of Canada.

For example, where Eastern Canada and British Columbia are quite humid, with ample rain and snow, Calgary is very dry most of the time, with an average annual precipitation of 41 cm (16 inches). While many Canadian homes have de-humidifiers, most Calgary homes have humidifiers. I love this extreme!

The months which have the most rain are May, June and July. On the plus side, Calgary is also very sunny. I was intrigued to read that the summer months see on average 9 hours of ‘bright’ sunshine every day – because of Calgary’s latitude and extra-long summer days. What’s not to like about that?

Another unique aspect of Calgary weather is the ‘Chinook’ – a warm wind from the west which can make a significant difference to temperatures even on a daily basis. Given the close proximity to the Rocky Mountains, the days in summer can be very warm (23 C in July) but cool off very quickly in the evening. Both Spring and Autumn are described as ‘unstable’ – snow can sometimes fall as early as September and sometimes as late as May. 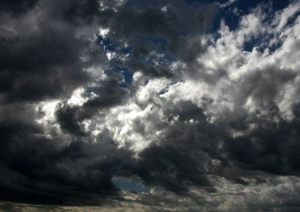 Talking of ‘unusual’, compare this to England – a place I’ve lived all my life. We certainly have 4 distinct seasons, but the weather is at best, unpredictable – and that’s being kind. It does rain a lot – but never at one particular time of the year. Indeed, it can rain at any time, in any place, on any day – often, without any warning whatsoever!

Frequently, you may wake to find beautiful sunshine, which will be quickly masked by clouds, some rain, a handful of hail and blustery wind – all on the same day, and not necessarily in the same order! In fact, even the UK Met Office get some grief for quite often failing to predict what’s going to happen. We tend to work on probabilities instead ….. that, and a touch of luck!

It certainly makes for an interesting conundrum just working out what to wear and take with you (just in case!) each day. I’ve frequently sent the kids to school on a warm and sunny day, suncream plastered on their faces and yet by mid afternoon, when school finishes and parents are waiting to collect their offsprings in the school playground, we’re hit by torrential rain and freezing cold winds. It makes for an interesting challenge at least and after a while, you just have to grin and bear it. The only predictable thing with British weather is it’s unpredictability 🙂

It may sound extreme, but we don’t experience massive swings in temperature during each part of the year – we’re consistent from that perspective at least. In fact, as I write this blog, the UK is on course for one of the warmest Springs since records began – averaging a balmy 8.97 C between March & May this year. We’re also on track for one of the hottest summers – so the experts reckon!  As an example of how quickly things change in a day, the UK Met Office has just issued severe weather warnings just to keep us on our toes tomorrow and avoid any degree of complacency.  Maybe I’ll keep the suncream at the back of the cupboard and opt for the brolly and mac instead.

For me, I’ll be watching with interest from afar as our plans to relocate will be during this Summer – at least that’s something I can definitely predict with certainty.